Current Issue Volume No: 2 Issue No: 3

Testicular ischemia-reperfusion injury is an urgent situation which needs a timely and precise diagnosis for prevention of testis damages. Here in we investigated ozone/oxygen therapy in Testicular Ischemia/Reperfusion Injury. For this purpose, animals (rats) were divided to four groups; control, torsion/detortion, torsion/detortion + ozone/oxygen (30 µg/ml) and only ozone/oxygen. Four hours after detorsion, in all groups orchiectomy was done -- for measuring the oxidative stress and mitochondrial toxicity parameters. Also, we preformed analysis of testicular spermatogenesis after 90 days. Our data showed that testicular torsion-detorsion induced significant increase in mitochondrial toxicity and decrease of spermatogenesis, malondialdehyde and GSSG levels were shown. Also, spermatogenesis, a remarkable decrease in malondialdehyde GSSG levels and mitochondrial toxicities were observed when compared with torsion-detorsion group. Obtained results for this research showed that ozone/oxygen therapy enhance antioxidant properties in the spermatogenic cells and protects testes from ischemia-reperfusion injury.

One of the essential mechanism for testicular torsion and detorsion (TTD) have been known the testicular ischemia reperfusion injury (tIRI), which is a desperately serious urological emergency that can cause severe damage to testes, the main reproductive organ, and result in infertility 1, 2. Two important time periods have been expected for the occurrence of the disease, the first appearing before puberty, the second most commonly happens in the puberty. The timely and accurate diagnosis may prevent disease progression and deterioration 3. In Global statistics, it is estimated that its incidence would be around 1 in 4,000 young men population4. If the disease is identified in time, it will be possible to treat it to some extent with surgery and leading to blood reperfusion into testes. On the other hand, It is also possible that even the both testis often becomes completely dysfunctional with surgery 5. During Testicular torsion, the spermatic cord that conveys blood to the scrotum would be twisted. Eventually, the reduced blood flow initiates ischemia and following – detorsion --, the reperfusion generates reactive oxygen species (ROS)1, 3. Because of increase in generation of ROS and antioxidant defense to degrade excess ROS, the balance between ROS production and elimination is disturbed that all cellular components such as nucleic acids and proteins can be deeply affected by oxidative stress. As shown in many previous studies, it is obviously concluded to cause reduction sperm motility, plus DNA damage in the genome of spermatozoa and induces germ cell apoptosis (GCA)6, 7. It is well documented that ischemia reperfusion (IR) injury can strongly influence mitochondrial dysfunction , also the excessive production of free radicals can cause increase mitochondrial permeability transition pore (MPTP) opening, resulting in damage of membrane potential and extra free radical production, disorders in the mitochondrial respiratory chain and ATP production8, 9. The first study of Ozone therapy was reported by Wolff in 19741.  Ozone therapy, a gas mixture of oxygen and ozone, has been referred to the process of managing ozone gas into your body to treat numerous of disease including wound infections, ischemic diseases, and joint problems 1, 2. As demonstrated in some studies, production of ATP has been stimulated by overproduction of oxidative carboxylation of pyruvate. Moreover, it can cause substantial -- decline in NADH level and oxidation of cytochrome C 3. Ozone acts as an alleviation of damage of oxidative stress -- by increasing GSH, SOD, CAT, and decreasing MDA, stimulating the antioxidant system of the cell and mitochondria 1, 2, 4.Our study suggested that the ozone-oxygen therapy exert the significant influence on testicular I/R injury in a rat after exposure to testicular torsion-detorsion.

All chemicals and reagents were purchased from Sigma-Aldrich (Taufkrichen, Germany) in the best commercial grade.

We used of animal and all protocols by Animal Experimentation Committee of Baquatollah University of Medical Sciences. The 40 male Sprague-Dawley rats -- weighing 250–300 g and 8 weeks old were purchased from Pasteur Institute (Tehran, Iran). Animals were homed in cages with a 12 hr light: 12 hr dark cycle at 25 ± 3 ∘C under normal environmental conditions and had free access to tap water and pellet diet. Animal’s anesthetization was performed by intra-peritoneal injection of 100 mg/kg ketamine hydrochloride combined with 20 mg/kg xylazine. Full experiments were done under aseptic environment. In the torsion/detorsion group, via a left-sided ilioinguinal cutting the left testicles were scooped. The left testis were whirled 720° in an anticlockwise direction and retained in this position through fixation by 11–0 silk suture to the scrotum and was reversed to the scrotum, and the cutting point was sealed. Testicular ischemia reperfusion injury is caused by testicular torsion-detorsion. In the treated group (control), the left testis was subjected with the same cutting mentioned above. The incised point was opened after 2 hours, and the testicles were rotated to the normal position. The testis were still viable and was inserted into the scrotum again 2. Orchiectomy operation in both testes was done on half of the animals after the recovery of torsion at 4 hours in each group. After one month, the animals were euthanized by cervical decapitation for collection of tissues. Animals were randomly assigned into 4 groups, including control, torsion/detortion, torsion/detortion + ozone/oxygen (30 µg/ml) and only ozone/oxygen, with the same surgical method-- done as in the torsion-detorsion group. Ozone-oxygen therapy (30 µg/ml) was syringed intravenously (IV) via the tail vein. The animal number in each group were 10.

At the end --, the animals were sacrificed and sperm were isolated from the left epididymis to analysis the kinematic parameters, vitality and characterization 10.

Sample of Semen were collected by masturbation after 3–5 days of moderation. All samples were allowed to liquefy at 37˚C for 60 minutes and were then measured according to World Health Organization guidelines (WHO 2010). Following incubation for 1 hour at 37 ˚C in air, 10 ml of sperm suspension was placed on a Makler chamber and sperm motility parameters were analyzed by Computer Assisted Sperm Analysis (CASA). The semen analyzer used was the Hamilton Thorne Research semen analyzer (IVOS, Version 10.8x. Hamilton Thorne, Beverly, USA). The resulting variables were taken into reflection: ejaculate volume (mL), sperm concentration (106/mL), total sperm number (106/ejaculate), motility (%), and morphology (% abnormal forms). In addition to raw data on the percentage of motility, we also reflected absolute values in terms of motile sperm of millions per ejaculate (obtained by multiplying the total sperm per ejaculate by the percentage of sperm motility). Automated computer analysis of sperm motility (CASA System; Hamilton Thorne) was carried out on all Semen samples and included a heated stage at 37C. The variables taken into consideration were curvilinear velocity (VCL m/s), Beat frequency (BCF),Straightness= VSL/VAP×100)STR(,velocity of average nice if you have it path) VAP(, amplitude lateral head) ALH(,velocity of straight line)VSL) 11

The tissues of testis were gathered for histological examinations. The sample were put in 10% formalin and inserted in paraffin then slice into 4 microns sections, and dyed with hematoxylin and eosin (H&E). The tissues were blindly evaluated under light microscope by a pathologist. Using Johnsen score, spermatogenesis and testicular injury were graded. All tissue sections are consistently analyzed and each is imputed a score from 1 to 10 12.

Cell viability was assessed by3-(4,5-dimethylthiazol-2-yl)-2,5- diphenyl tetrazolium bromide (MTT) staining as described by Mosmann. The MTT assay is based on the reduction of the tetrazolium salt, MTT, by viable cells. Spermatozoa (1×104 cells/well) were incubated in 96-wellplates in the presence or absence of Ozoe/Oxygen (O2/O3) for 48h in a final volume of 100 µl. At the end of the treatment, 20 µl of MTT (5mg/ml in PBS) was added to each well and incubated for an additional 4 h at 37 °C. The purple blue MTT formazan precipitate was dissolved in100 ml of DMSO and the absorbance was measured at 570nm using a ELISA reader (Tecan, Rainbow Thermo, Austria)14.

The ROS measurement was performed by flow cytometry using DCFH-DA. Briefly, isolated cells were incubated with, Ozone/ oxygen (30μg/ml) in ischemia and health groups in respiration buffer. a sample was taken and DCFH-DA was added (final concentration, 10 μm) to cells and was then incubated for 10 min. O2/O3 prevented ROS generation in isolated cells were determined through the flow cytometry (BD) equipped with a 488-nm argon ion laser and supplied with the softwaring 2.5. And the signals were obtained using a 530-nm band pass filter (FL-1 channel). Each determination is based on the mean fluorescence intensity of 10,000 counts15 .

GSSG and GSH were assayed pursuant to the spectrofluorometric method. Using different concentrations of GSSG and GSH, a standard calibration curve was drawn for each form of glutathioneand samples were assayed by a fluorimeter set at 350 nm excitation and 420 nm emission wavelengths 15.

Evaluation of MDA in testicular tissue were measured by measuring the level of MDA produced during the disintegration of lipid hydro peroxides by monitoring the absorbance at 532 nm by Beckman DU–7 spectrophotometer16 .

The alterations of the ADP and ATP contents have been measured to differentiate modes of viability and cell death in testicular tissue by luminometer using of ADP and ATP Assay kit (MAK135 sigma, USA). ADP and ATP was done pursuant to the producer’s instructions16.

The testicular tissue was homogenate and spun down for at 2,000 g at 4 °C 10 min to throw away the pellet. Then supernatant was removed and suspended in HEPES buffer and 0.75 M sucrose and centrifuged at 10,000 g for 30 min. The supernatant was throwed away and the mitochondria pellets were collected in HEPES buffer and centrifuged at 10,000 g again for 10 min. then supernatant was also throwed away and the final pellet containing mitochondria was suspended againin phosphate buffered saline (PBS). It was stored at - 80 °C until use 14.

Mitochondrial succinate dehydrogenase (complex II) activity was measured by the reduction of MTT to formazan at 570 nm as described in previous studies 14.

We isolated the sperm from the left epididymis and analyzed. We showed that semen characteristic parameters such as sperm number (×106/ejaculate), volume (ml), sperm concentration(M/ml) showed no changes in all groups but sperm viability (%) and normal sperm morphology (%) parameters significantly decreased in compared to control and torsion/detorsion+ozone/oxygen group. The results are presented in Table 1, Table 2.

Figure 1. Torsion/detorsion surgical process: (A) before surgical, (B) after surgical. 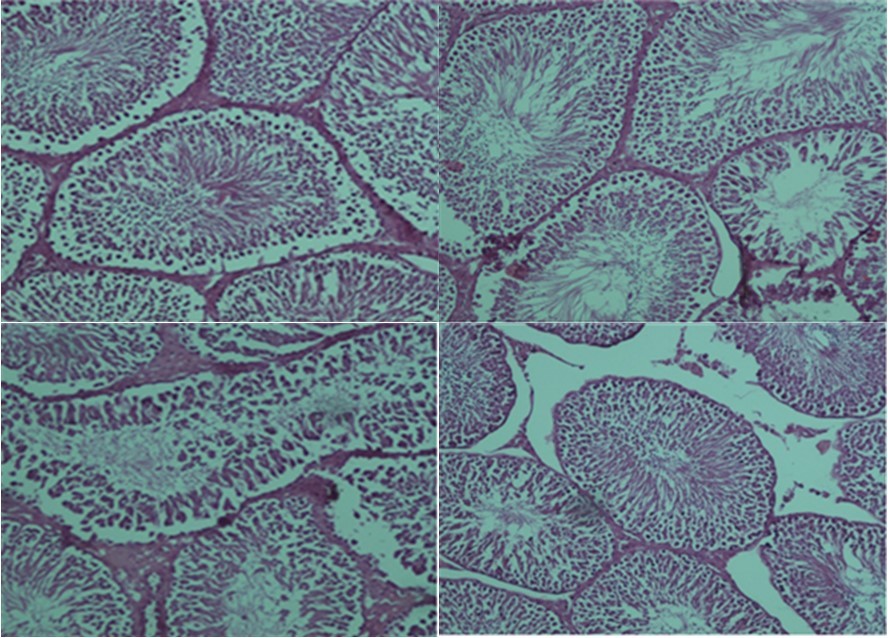 Figure 3 showed that injection ozone/oxygen with concentration of 5, 10, 20, 30, 40, 60 and 80 µg/ml in testicular cells. Otherwise of 5, 10, 20 and 40, 60 and 80 µg/ml concentration in torsion/detorsion group significantly decreased viability of cell compared to untreated control group but 30 µg/ml , we did not see any change level in viability testis cells in animal model. 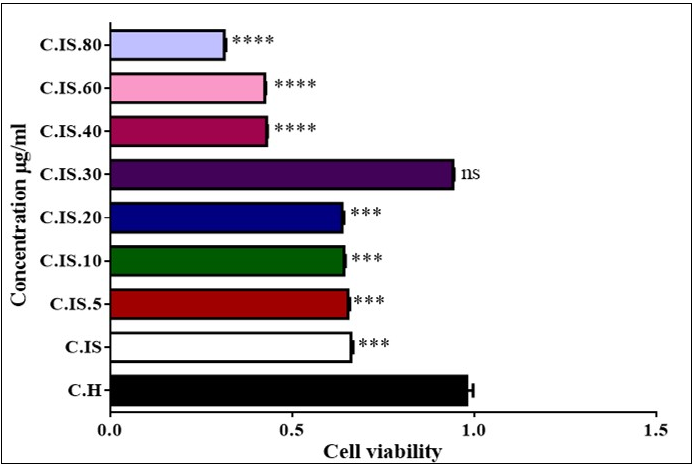 Figure 4, we showed that the rate of ROS formation in cells in torsion/detorsion group significantly raised compared to untreated control group. 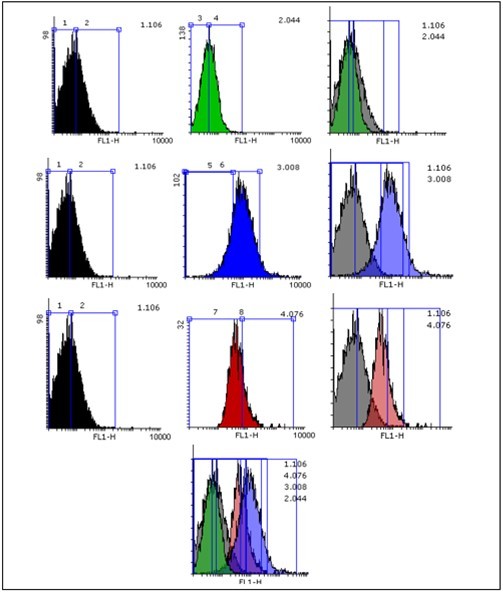 GSH and GSSG of Testicular Tissue

GHS level of testicular tissue has a significant decrease in 4 hours torsion/detorsion group comparing to control group (***p<0.001). Also, GSSG level of testicular tissue had a significant increase in torsion/detorsion group comparing to control group. These effects inhibited by oxygen/ozone therapy for both measured parameters (Figure 5 A and B). 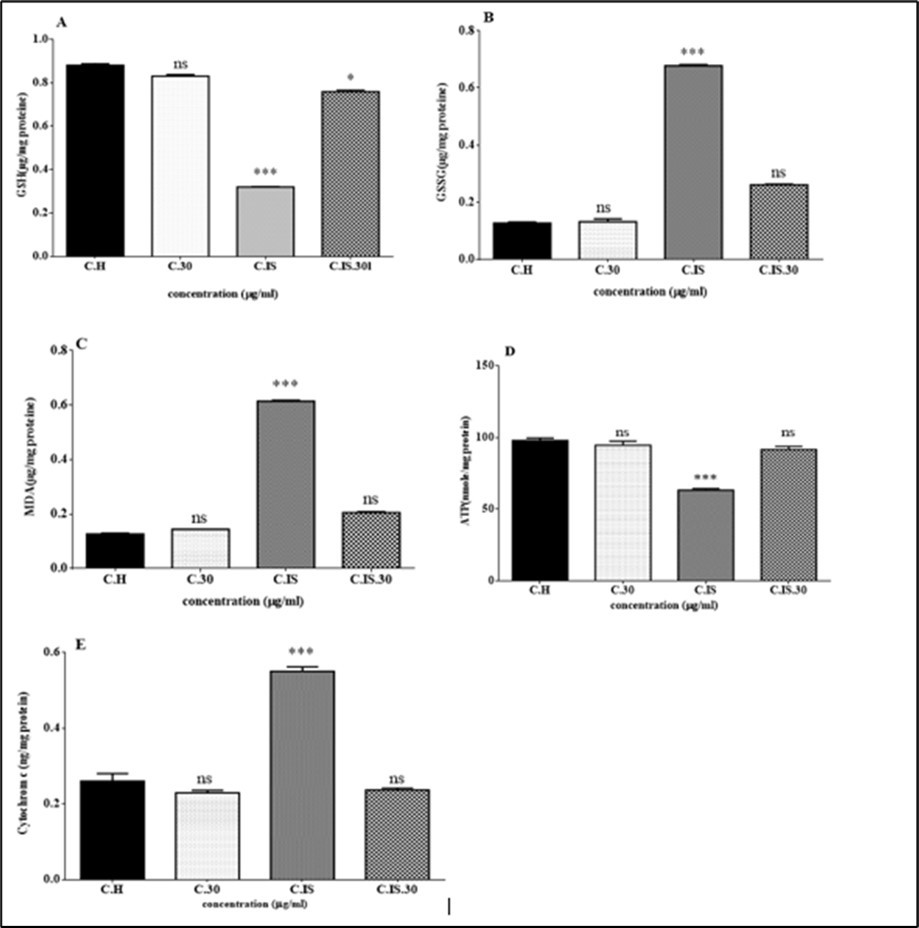 The redistribution of the rhodamine 123 into the cytosol has been utilized for assessment of the MMP collapse as the known indicator of mitochondrial damage which subsequent leads to mitochondrial membrane permeability transition (MPT). As shown in Figure 6B, there was a remarkable increase in the rhodamine 123 redistributions in torsion/detorsion group compared to control group.

In this study, we injected ozone/oxygen to the testicular ischemiareperfusion (IRI) rat animal model. However , our results showed that a higher concentration of ozone/oxygen caused electron transfer chain impairment, which leads to decreased cell viability , but we injected 30 μg to animal model and ozone/oxygen decreased ROS production, lipid peroxidation ,GSSG and ADP and cytochrome c release compared with IRI animal group. Our study suggests that mitochondrial dysfunction and the uncoupling of oxidative phosphorylation may play key roles in the etiology of testicular ischemia. In general, the present study results confirmed that a moderate concentration of ozone (30 μg) can be considered as a protective in animal rat model.