In the third world school dropout rates are the highest, which is largely attributable to a dearth of efficacious teachers. The present research is an analysis of the teacher efficacy based on the teaching milieu. The Ohio State Teacher Efficacy Scale was used for data collection. Probability sampling design was used to select 171 secondary school teachers. As per the results, subject specialization affects teacher efficacy the most whereas, institution type influences teacher efficacy the least. The less experienced teachers have a greater self-efficacy than the experienced teachers, teachers teaching uncrowded classes are more efficacious than those teaching crowded classes.

Authors neither have any actual, perceived or potential current conflict of interest nor any disclosure to report.

Life’s decisions are predominantly based on the beliefs that individuals hold and value. Teachers’ beliefs pertaining to their instructional capabilities determine how they comport, take decisions and manage their classroom environment on a daily basis (Pajares, 1992 and Hoy, & Perry, in press)26,39. These are the ideas, attitudes or notions that impact how teachers visualize teaching. This conception actually determines their efficacy in classroom teaching (Ng, Nicholas & Alan, 2010)24.

Teacher efficacy is a complex of beliefs that teachers hold about their own usefulness and efficiency based on their classroom management skills (Romi & Leyser, 2006)31. Teacher efficacy can also be viewed as a teacher’s assessment of his or her own capabilities in terms of engaging students (even those with learning difficulties and/or having a low motivation for learning) and gaining their cooperation towards learning (Ashton, (1984); Trust of Knowledge Generation (TKG), 2008; Tschannen-Moran & Woolfolk-Hoy, 2001)4,33,36 It also relates to teacher-student perceived relationships and students' emotional and behavioral complexities (Poulou, 2016)28. Teacher efficacy is a teacher’s belief or conviction in his or her personal or self-efficacy with regard to his or her teaching competence originating from a strong sense of self-adequacy and personal insight. These invariably impact the performance of a teacher as well as that of his or her students (Batool, Arif & Parveen, 2012).

Dibapile (2012)10 found that teachers who had a degree and Post-Graduate Diploma had a higher efficacy in student engagement than teachers with other degrees. Goddard, Hoy & Hoy (2000)13 Tschannen–Moran et al., (1998)34,35 and Bandura (2006)6 asserts that self-efficacious teachers are proactive and enterprising who are able to rejuvenate the classroom with new approaches to teaching and learning. According to Elliot (2000)11 and Hoy and Davis (2005)38 there are significant differences between teachers with high efficacy and those with low efficacy. Furthermore, several researchers (Cheung, 2008; Rich, Lev, & Fisher, 1996)9,30 reported that the ability to secure productive “interpersonal relationships” or affective connections with students was common among teachers having high personal teaching efficacy. Teachers with a strong sense of personal teaching efficacy are more apt at promoting positive results in their classrooms (Morris-Rothschild & Brassard, 2006)22 by connecting with their students on several different levels. Affective connections, thus, add a whole new dimension to teacher efficacy.

Research revealed that teachers’ self-efficacy beliefs influence their teaching behaviors in terms of increased self-confidence as well as students’ attitude towards learning and their academic achievement (Graham, Harris, Fink, & McArthur, 2001; Cakiroglu, Cakiroglu, & Boone, 2005; Huang, Liu, & Shiomi, 2007; Mojavezi & Tamiz, 2012)14,8,16,20. Monks and Schmidt (2010)21 found that both class size and work load had a negative effect on student evaluations of courses and instructors in school. Aktus, Kurt, Aksu and Ekisi (2013)2 found that teacher efficacy and educational process varies with respect to teachers’ gender. The studies conducted by Ahmad and Rehman (2015)1 and Veisi, Azizifar and Gowhary (2015)37 suggested that female teachers have better self-efficacy than male teachers. Similarly a study conducted by Mackay and Parkinson(2008)19 found that male teacher have better theoretical understanding of circuitry than females as students themselves think the better suitability of males than females for technical careers. Myrberg and Rosen (2003)23 found that students in private schools in Sweden performed significantly better on the reading test than did students in public schools since their teachers are more efficacious. With regard to teachers' scholastic qualifications, no significant difference of efficacy was found between teachers with undergraduate and postgraduate academic degrees in mainstream education (Pas et al., 2012)27. Class size is another influential factor in the sense that teachers feel more efficacious while teaching larger groups of students (Lee, Dedrick, & Smith, 1991; Raudenbush et al., 1992)18,29. However, care must be taken in making overgeneralizations since there seems to be an upper limit for the impact of class size on TSE, an issue that the studies have failed to demarcate to date. In view of the above, self-efficacy enables teachers to create both personal and professional presence to achieve diverse behavioural objectives in the three domains of learning through heightened self-awareness, inner strength, a self-assured stance, a positive outlook on life and an empathetic nature. Most importantly, self-efficacy promotes the development of affective connections with students, which is instrumental for learning to occur. The main objective of the research was to find out the effect of institution type, teaching experience, subject specialization, teacher gender and number of students in a classroom on teacher efficacy.

Table 1. Characteristics of the sample n=171

Ohio State Teacher Efficacy Scale (long form) developed by Moran & Woolfolk (2001)38 was used for data collection. The 9-point scale in the original version was however adapted to a five point Likert scale, i.e., 1 (Not at all), 2 (Very little), 3 (Some influence), 4 (Quite a bit) and 5 (A great deal). Higher scores on this scale equated with greater efficacy beliefs. The alpha (α) reliability coefficient of the test amounted to 0.85. The data was collected by personally visiting the schools.

The data was analyzed through mean, F-test and t-test based on a 0.05 level of significance. 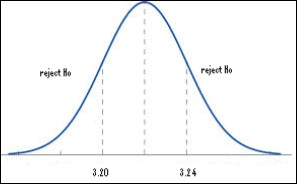 The aforementioned results of the study are consistent with those of different studies using various statistics in terms of determining the effect of various independent variables on the different dimensions or subscales of teacher efficacy. For example, the linear regression analysis used in a study by Aktus, Kurt, Aksu and Ekisi (2013)2 reveals that both gender and experience variables positively and significantly contribute towards the educational process and self-efficacy. Also, a study by Cheung (2008)9 showed that teaching experience contributed towards teacher efficacy. Furthermore, results of a study by Odanga, Raburu and Aloka (2015)25 show no statistically significant influence of gender on teachers’ self-efficacy, but the qualitative results of the study revealed that gender had an influence on the self-efficacy of teachers in co-education and boys’ schools. Findings of the present study with regard to the independent variable, teacher gender are thus consistent with the qualitative and not the quantitative results.

Teachers teaching uncrowded classes had greater teacher efficacy than those teaching crowded classes. There could be several reasons for this result. In crowded classes, teachers are unable to develop appropriate affective connections with all their students. They are also unable to manage the class well in terms of personal management, time management, planning, organizing, communicating, leading and nurturing, housekeeping and record keeping, etc. In crowded classes, it is also an arduous task to effectively manage disruptive behaviours as well as keep students occupied in meaning learning activities. The results of the study are different than the studies of Lee, Dedrick, & Smith (1991)18 and Raudenbush et al. (1992)31 teachers feel more efficacious while teaching larger groups of students.

A research conducted by Ahmad and Rehman (2015)1 suggested that female teachers have better self-efficacy than male teachers. A study by Veisi, Azizifar and Gowhary (2015)37 also revealed the same for EFL teachers. Results of the present study match with these results.

A study by Brandon (2000)7 discovered that female pre-service teachers had lower self-efficacy in “specific teaching competences” than males prior to going into the field. These results are inconsistent with the results of the present study. Furthermore, Azar (2010)5 identified that there was no significant difference between the self-efficacy of: in-service and pre-service secondary science teachers; male and female teachers; and teaching experience. These results do not support the findings of the present study.

In addition, Monks and Schmidt (2010)21 found that crowded classes had a negative effect on student assessments of courses and instructors in a business school (studies on this aspect are limited at the tertiary level). Findings revealed that overcrowded classes made teachers to teach courses in ways detrimental to students implying that such conditions decrease teacher efficacy. These findings are consistent with those of the present study. With respect to institution type, no studies could be identified to support or contradict the results of the present study. Hence, this aspect adds to the existing body of knowledge.

The results of the present study partially verify the results of study conducted by Myrberg and Rosen (2003)23 who found that teachers' gender, teaching experience, in-service training and co-operation with colleagues had no significant effect on third grade student’s reading achievement. The present study result contradict with the study by Zhang (2008)40 who indicated that appropriate teaching behaviors also promoted students’ science achievement in science directly. The study also showed that years of teaching experience in science did not directly influence students’ achievement in science and teacher efficacy. However, the results of a study by Budding and Zamarro (2009) contradict Zhang’s results, as they indicate that students’ academic achievement was attributable to teachers’ experience and not to whether the teachers had advanced degrees.

Instructional design specialists who develop teacher training programs need to focus on developing teaching mastery before teachers actually commence their careers. Furthermore, the educational institutions may promote teacher efficacy through action research to identify pertinent areas of performance improvement. Teachers may also be encouraged to have their lessons reviewed or critiqued from senior colleagues.

The effective use of social persuasion and social modeling may also promote teacher efficacy. Participatory experiential training initiatives organized on a regular basis may prove to be helpful in this regard. Also, videotaping teachers’ performance for them to review it later with the help of a behaviour checklist may enhance teacher efficacy. If taken positively, students’ evaluation of teachers’ performance may be particularly useful as well.

The research protocol was submitted for consideration, comment, guidance and approval to the University’s research ethics committee before the conduction of study. All procedures performed in the present study were found in accordance with the ethical standards of the institutional research committee and with the 1964 Helsinki declaration and its later amendments or comparable ethical standards.

Each participant was adequately informed of the aims, methods, sources of funding, any possible conflicts of interest, institutional affiliations of the researcher, the anticipated benefits and potential risks of the study and the discomfort it may entail and post-study provisions. The subjects were informed of the right to refuse to participate in the study at any time without reprisal.