Journal of Medical and Surgical Urology

A new dietary approach used to lower urea levels in chronic renal failure, and thus simulating dialysis has been recently described. This approach has been increasingly called intestinal or dietary dialysis. The aim of this paper is to describe the emerging evidence, principles, and concepts related to intestinal dialysis.

The use of a new dietary approach used to lower urea levels in chronic renal failure, and thus simulating dialysis has been recently described and was called intestinal and dietary dialysis 1, 2, 3, 4.

The uremic syndrome, the clinical manifestation of chronic renal failure, is the signs and symptoms resulting from the retention of nitrogenous waste products, imbalance in the body content and distribution of water and electrolytes, and an inadequate production of renal hormones.

The most prominent features of the uremic syndrome result from nitrogen retention with associated with increase in plasma concentration of the products of protein metabolism especially urea. Retention of metabolites is associated with the adverse clinical symptoms of uremia such as nausea, anorexia, vomiting and fatigue. The uremic syndrome is also associated with an inadequate production of renal hormones including erythropoietin, 1-25 dihydroxyvitamin D and also abnormal production or use of growth hormone by tissues 1, 2, 5.

Ingested proteins are degraded into amino acids and their metabolism by the liver yield nitrogen, mainly in the form of urea. Urea has to be excreted mostly by the kidneys. Approximately 25-40 % of the manufactured urea are recycled through the gastrointestinal tract and excreted fecally. This extra-renal excretion of urea remains constant at less than 3 g daily even in uremia despite the marked increases in blood urea 1, 2, 5.

Several products of protein metabolism have been identified, with urea being quantitively the most important. Urea represents 80% or more of the total nitrogen excreted into the urine in patients with chronic renal failure maintained on diets containing 40 g or more of protein.

Management of non-terminal chronic renal failure is largely based on compensating the diminished renal functions conservatively through dietary and pharmacologic measures which include protein and phosphorus restriction, calorie and water soluble vitamins supplementation, phosphate binders, and correction of other abnormalities that may be associated with chronic renal failure such as fluid and salt retention, hypocalcaemia, hyperkalemia, and hypertension. In principle, the dietary interventions in chronic renal failure are directed mainly toward diminishing the accumulation of the products of nitrogen metabolism which are responsible for many of the symptoms and disturbances of uremia and thus preventing the development of the uremic symptomatology and complications 1, 2, 5.

High biologic value protein helps in reducing the accumulation of nitrogenous waste products and acid load for renal excretion and also help in maintaining a positive nitrogen balance. Egg protein has the highest biologic value (1 large egg contains 6 g protein). It is very difficult and not really practical to limit the intake of proteins only to the high biologic value egg protein, and preferably 50% of the protein intake should be provided as egg, and the other 50% provided with the intake of vegetables, pasta, rice, and bread. Thus, avoiding restriction of caloric intake which may lead to negative nitrogen balance, muscle wasting and growth failure in case of children 1, 2, 5, 6.

Protein restriction decreases endogenous protein catabolism and the accumulation of nitrogenous waste products. Protein restriction also reduces the phosphorus load and thus help in preventing the onset of secondary hyperparathyroidism and renal osteodystraphy associated with chronic renal failure. Protein restriction reduces the intake of potential hydrogen ion, because every 10 g of protein provides 7 meq of hydrogen ion in the form of sulfated amino-acids. Thus, protein restriction helps also to ameliorate the acidosis in chronic renal failure. The second necessary strategy is the provision of adequate caloric intake to minimize protein breakdown. Adequate intake of carbohydrate and fats is necessary to compensate for protein restriction. Glucose and other carbohydrates are protein sparing and decrease endogenous protein catabolism and the production of urea. Fats are less effective than carbohydrates in minimizing protein catabolism, but they are given to provide essential fatty acids and to enhance the palatability of the diet. In the absence of diabetes, there is no limit to the to the amount of carbohydrate and fat that can be taken. Carbohydrates can be taken as sugar, Jam, and honey. The major source of fats are oils, butter, and fresh cream 1, 2, 5, 7.

Dietary restrictions of sodium and potassium depends on the presence of oliguria, edema, hypertension, and hyperkalemia. Uremic patients who have no problem with hypertension or edema can take up to 2 g (80 meq) of sodium daily by just avoiding salty foods and add no salts at the table. If hypertension or edema develops, sodium intake is restricted to 1 meq/kg and occasionally to 0.2 meq/kg/day. When such diet is unsuccessful or too unpalatable, oral frusemide is added to the regimen (1-2mg/kg/day) 1, 2, 5, 7.

However, The use of locust bean gum and ispaghula were not considered to have practical value for clinical use because of the development of side effects. The use of locust bean gum was associated with two to three soft voluminous stools per day that had an unusual bad smell, and more important, the low palatability was considered a serious disadvantage. Similarly patients ingested ispaghula found it unpalatable, felt unwell, or had diarrhea. In 1996, Tetens et al showed in an experimental study on rats that dietary fiber (maize bran) supplementation caused a dose dependent significant increase in fecal nitrogen excretion in association with reduction in nitrogen retention. The shift in nitrogen excretion from urine to feces was explained largely by the degree of microbial fermentation in the large intestine caused by dietary fiber supplementation that have modifying role on the enterohepatic cycle of nitrogen. In 1996, Bliss et al reported a study included 16 adult patients with asymptomatic early chronic renal failure on low protein diet, they were randomly assigned to receive a supplement of acacia gum (50 g daily) or oral placebo (1 g daily). Acacia gum supplementation was associated with lower serum urea, and the patients had greater fecal masses and greater fecal nitrogen excretion in comparison with period there were on low protein diet alone, and in comparison with a control patients on pectin supplementation instead of acacia. In contrast to locust bean gum and ispaghula, patients acacia gum was cpnsidered palatable, and the clinical use of acacia gum was considered applicable 1, 2, 3.

Early during the 2000s, children with chronic renal failure in Baghdad and Iraq were mostly treated with intermittent peritoneal dialysis using temporary peritoneal catheters, and treatment was associated was associated with a significant and an unacceptable risk of morbidity and mortality, and many parents were taking their children to die at home without subjecting them to dialysis. During these years, Al-Mosawi was left with no choice other than trying something new to improve the management of children with chronic renal failure 9, 10.

Despite the significant lowering of urea levels associated with intestinal dialysis, the process of urea lowering is slow and its effectiveness remains less than the traditional dialysis especially in the more advanced stages of chronic renal failure . Therefore, the combined use of intestinal dialysis with intermittent peritoneal dialysis was the first reported use of intestinal dialysis in symptomatic urea. Early during the 2000s, Al-Mosawi started adopting the practices of evidence-based medicine to deal with the therapeutic challenges and improve patients’ care, and he developed the strategy of intestinal dialysis accordingly. Al-Mosawi tried to share his early experiences in the practice of evidence-based medicine with world scientific leaders in the fields of pediatrics and nephrology. Therefore, Al-Mosawi wrote to Ira Greifer , a pioneer of pediatric nephrology (Figure 1) who was the secretary general of the International Association of Pediatric Nephrology during that time 9, 10. 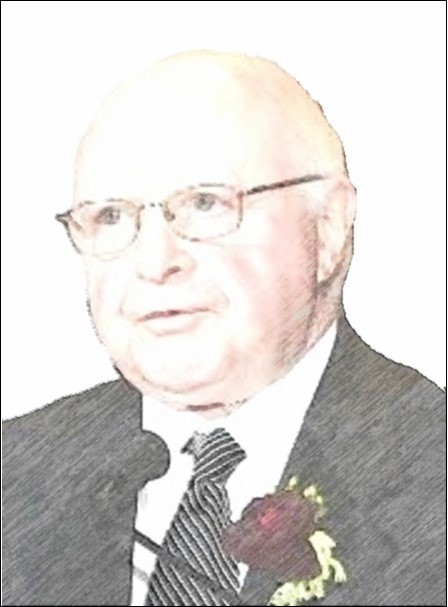 It was not long time when Al-Mosawi received a reply from Ira Griefer. He wrote “ I was very pleased to receive your letter and know that you are working very hard to bring the benefit of modern knowledge, techniques and treatment to children in your country with Kidney and Urologic problems.” Figure 2A and Figure 2B show the 2-page letter of Ira Greifer.

Figure 2A. The 2-page letter of Ira Greifer 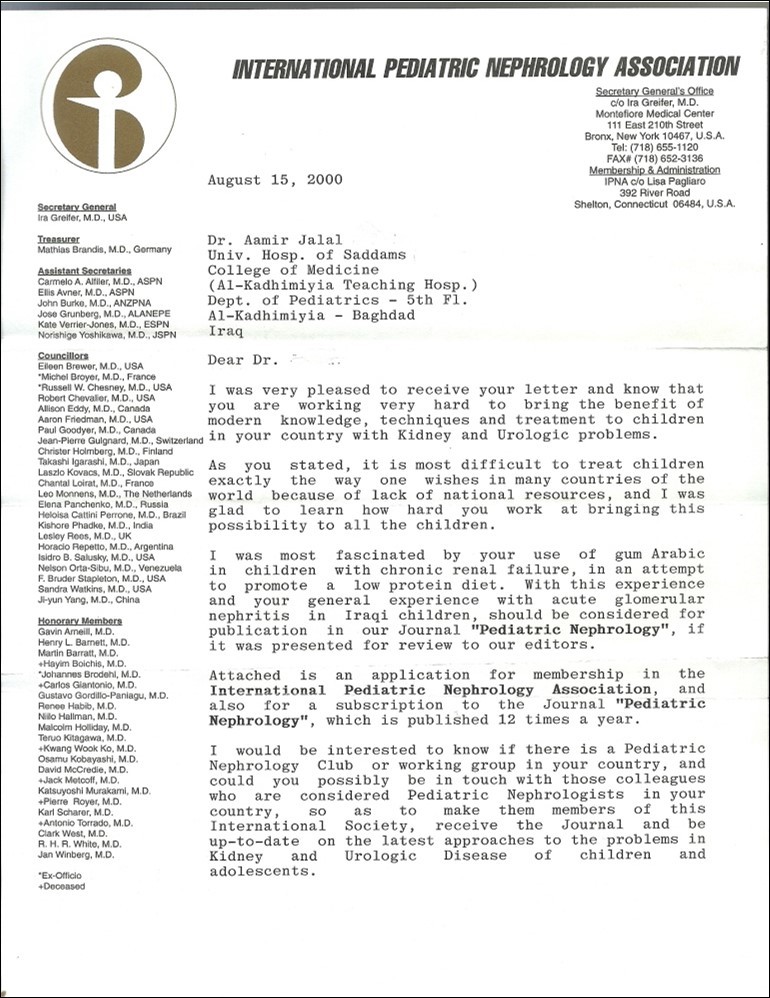 Figure 2B. The 2-page letter of Ira Greifer

Ira Greifer also wrote “ I was most fascinated by your use of gum Arabic in children with chronic renal failure, in attempt to promote low protein diet. With this experience and your general experience with acute glomerular nephritis in Iraqi children, should be considered for publication in our journal “Pediatric Nephrology”, if it was presented for review to our editors” 10.

The patient who achieved six-year dialysis freedom was an 11-year-old girl with end-renal failure who initially required four sessions of intermittent peritoneal dialysis to control uremic symptoms despite conservative measures. The parents refused further treatment by dialysis .Thereafter, she was treated with intestinal dialysis. During six years of therapy the girl continued in experiencing improved well-being and good participation in outdoor activities. Mild uremic symptoms occurred only during periods of noncompliance. Periods of decreased compliance with pharmacologic therapies were associated with anemia and renal osteodystrophy, and some degree genue vulgum has resulted. The chronicity of her illness was confirmed by the presence of small contracted kidneys, a finding that has not changed during the subsequent follow-up 13.

In 2006, Al-Mosawi published a research paper describing the use of intestinal dialysis in 11 patients with symptomatic uremia .Their ages ranged from 14 to 65 years (Mean 41.45 year). Two of them were on hemodialysis. The remaining patients were on low protein diet combined with other medical treatments of chronic renal failure, including one patient has undergone one peritoneal dialysis session before referral. The intestinal dialysis therapeutic regimen included dietary proteins restriction to 0.5 g/kg with at least 50% of the total intake given as egg albumin. Protein and phosphorus restriction was primarily achieved by restriction of meat, poultry, fish, milk, cheese, yogurt, and legumes. Additional restriction of potassium rich foods was made during elevation of serum potassium above 5 mmol /L. Powder acacia gum 1g/kg/day (Maximum 75 g) in 2-3 divided doses diluted with desired amounts of water. The use of intestinal dialysis in this study was associated with amelioration of the uremic symptoms and improved general wellbeing as long as the patients were compliant with the therapeutic protocol. The patients were followed for 2-16 weeks. However, the most significant finding in this study was the achievement of hemodialysis freedom in two of these patients, both of them has a vascular access, but they considered hemodialysis to be associated with a significant amount of discomfort and suffering, and they were not satisfied with the quality of life associated with hemodialysis. Two patients who didn’t comply with the therapeutic protocol died, one during treatment with intermittent peritoneal dialysis and one within one month after renal transplantation 14.

Acacia gum is a complex polysaccharide obtained mostly from the dried gummy material of the stem and branches of acacia trees (Senegal family leguminosae).It is recognized as safe by the FDA. It’s widely used in the production of foods such as puddings, frostings, candy, beverages, and chewing gum. It has demulcent properties and therefore, it is often added to medicines. Acacia gum is a water soluble fermentable polysaccharide resistant to gut enzymes, and thus can be described as dietary fiber. The principle fermenter bacteria able to use acacia as the only carbohydrate source are bacteriods and bifidobacterium1, 2, 3, 4, 5.

The author would like to express his gratitude for Dr. Ira Greifer, a pioneer of pediatric nephrology for giving the permission to publish his letter.