Current Issue Volume No: 1 Issue No: 2

Health care personnel are exposed to a variety of material occupational health hazards while handling biological material and contaminated equipment. The use of appropriate and good qualitypersonal protective equipment in work places cannot be over emphasized. Several years ago, this need was highlighted to several physicians like Sir Thomas Morrison Legye. He identified the role of the employer of labour and those of the employee in reducing workplace hazards and consequently achieving a healthy workplace environment.

This study was to determine level of awareness and utilization of Personal Protective Equipment among Medical Laboratory workers.

A questionnaire was structured with two sections and a total of 92 were administered. A pilot study was also carried out before the administration of the questionnaire. The data collected was analyzed on Microsoft excel spreadsheet in duplicate. It was then exported into EPI info version 3.4.1. Data was presented using frequency tables and chi square.

About 77.3%, 72.9%, and 72.7% were aware of the use of goggle, gloves, and importance of hand washing in preventing exposure to Healthcare associated infections while working on patients’ samples. However, under the socio- demographic characteristics of the respondents and awareness level at P-value < 0.5 the results were 0.02. 0.5, 0.85, 0.92 for education, gender, years in service and age respectively. Hence, there is no significant relationship between respondents’ gender, age and year in service, and level of awareness.

The hospital management should ensure regular provision and supply of Personal Protective Equipment (PPE) to ensure continual usage. Also, regular training and re-training should be conducted to keep the laboratory workers at briefs with latest innovative and benefits of PPE developments to this end.

Most people, notably the working population spend a considerable amount of their time at work than they do at home. Meanwhile, virtually all workplaces have recognizable hazards exposure 2. For this specific reason, the protection of workers against occupationally related injuries and illnesses has been an issue of great concern to employers, workers, governments and the general populace 2. This is because a safe working environment does not only promote physical, mental and social well-being of workers, but also saves costs associated with medical expenses, work injury or loss of life compensation, work interruption, loss of experienced personnel which may result to additional increase in the cost of recruiting and training new workers.

However, the rate of related exposure to infectious agents (both reported and non reported) are believed to be much higher. Globally there are about 2.3 million deaths each year for reasons attributable to Healthcare services. Of these, 2.0 million deaths are linked to work related diseases, while three hundred thousand deaths are linked to work related injuries. Consequently, there is an estimated economic loss of more than $1.25 trillion USD annually, which is equivalent to 4.0% of the world’s gross domestic product 2. The direct cost of employers includes: costs that are related to treating and compensating the injured workers production interruption costs, loss of income, loss of job and health costs and other costs including lost by family members to care for the disabled workers and abrupt description of livelihoods 3.

While the use of personal protective equipment has been identified as an important hazard control strategy in work environment where it may not be practical to adopt other strategies, there is however a great concern that PPE usage remain low. Several studies have been done to established why PPE compliance are low despite its availability in some workplaces and known benefits 4, 5. Commonly cited reasons include individuals not being aware of healthcare associated risks with non-usage, feelings of not wanting to use it, inability to access it at the laboratory 5.

Although, a few studies have been done investigating the utilization of PPE and accessing knowledge, attitude, awareness among healthcare workers in Nigeria 5. However, this study addresses a critical gap in understanding critical factors that influence personal protective equipment utilization and awareness in laboratory workers in UCH, Ibadan.

A descriptive cross-sectional study carried out in Nigeria with 130 participants, it was reported that 41.5% were unaware of the laboratory safety precautions while 25.4% do not observe it even though. Participants attested to availability of various safety devices and equipment. Attitude to safety is unsatisfactory as 60.0% eat and drink in the laboratory, 50.8% recap needle and 56.9% used sharps box. Even though 83.1% are willing to take post exposure prophylaxis, only 1.5% cases were presented following laboratory hazards. The survey conclusively revealed that there is a gross deficit in the awareness, attitude and practice of safety precaution among laboratory workers studied and this observation is in resonance with the international best practices 4.

Similarly, 43.5% of workers in a similar study reported that they had not received formal information regarding personal protective equipment. Some literatures explained that personal protective equipment was not always provided even where PPEs were provided some did not fit the intended users in the study. More so, some studies suggested that provision of PPEs would improve it utilization 6.

In another study where everyone had 100% access to PPE yet the utilization was not optimal, this was particularly observed in healthcare setting. Also, other studies have shown that even during outbreaks, PPE was still not much worn by all staff e. g in outbreak of severe acute respiratory syndrome (SARS) 7. Interestingly, in such infectious disease, the use of PPE was observed to not only protect the worker but result in significant reduction in Healthcare associated infections (HAIs) during COVID-19 pandemic 8.

The conceptual frame work ensured that the objectives of the study were being achieved. The objective was the guiding principal in the study and therefore guided the methodology. The independent variable; level of awareness, level of training, experience of workers, educational qualifications will influence utilization of PPE among the participants. All these variables were reassured using questionnaire.

This study was anchored on Health Belief model to evaluate awareness of personal protective equipment 9.

The Health Belief Model has produced the largest body of health-related research and it is also the only model that was specifically developed to explain health behavior.

The HBM has Four Basic Components

Perceived susceptibility to health problem on condition in question; in this study occupational health hazards are the key determinant including risk of infection.

Perceived seriousness of the problem or condition: it refers to accidents, injuries and ailments associated with microbiology laboratory.

Perceived barriers associated with taking the action: how the PPE can prevent workers from exposure to infectious agents 9.

Becker (1984) considerably supported the model and offers some general conclusion about the relative importance of its major component 10. Perceived barriers have been shown to be the most powerful single predictor across all studies and behaviours. Perceived susceptibility and perceived benefits are also important with susceptibility being more important for prevention than sick role behaviours. In terms of the total literature, perceived severity appears to be the weakest of the four dimensions 9, 10.

The minimum PPE requirement to work in a microbiology laboratory include: gloves, lab coat, goggle, apron and enclosed shoe 11.

This study is a descriptive Cross-sectional study that present facts concerning the native and status of the situation, as it exists at the time of the study and to describe present conditions, events or systems based on the impressions or reactions of the laboratory workers participants in the study.

The study was carried out in Nigeria amongst laboratory workers in the department Medical Microbiology, University College Hospital (UCH), Ibadan. The study participants were Laboratory Scientists, Technicians and Attendants, who were graduate of Medical Laboratory Colleges, employed by UCH Ibadan. The department of Medical Microbiology had about 96 laboratory workers that perform over 20000 tests per annual across all the subspecialty of the laboratory.

The study was conducted in August 2018 to January 2019, amongst laboratory works in all the subspecialty of Medical Microbiology department, UCH Ibadan.

The size was determined using the formula n=Z2*p*q/d2 Where,

Therefore, substituting the respective values into the formula

The participants were administered semi structured, self- administrated questionnaires (Appendix 1). Data on socio-demographic characteristics of laboratory workers like age, gender, education, and years of employment or in service. The profile of awareness of Personal Protective Equipment among Medical microbiology laboratory workers was assessed with five questions.

Reliability of The Questionnaire

Prior to the distribution of the questionnaire, a pilot study was done on a selected group of healthcare workers (chemical pathology laboratory Workers) who were asked to fill out the questionnaire and return with their comments and criticism. Minor changes were then made to the final instrument.

All collected questionnaires were subjected to screening and improperly or incompletely filled ones were discarded. No questionnaire was discarded because all were properly filled out. Data obtained were analyzed using Microsoft Excel spreadsheet in duplicate for accuracy. Data were presented using frequency table, bar chart, and pie chart while categorical variables were summarized as proportions and frequencies. Test of association between/ among qualitative variables was done using variate analysis, with the level of statistical significance set at a p- valve < 0.05.

Ethical clearance to conduct this study was obtained from the University of Ibadan/University College Hospital ethics committee, College of Medicine, University of Ibadan, Ibadan and approval from the head of Medical Microbiology department was also be sought before the commencement of the study. A written informed consent was obtained from each participant after careful explanation of the concept /purpose of the study.

All the 92 participants included in the study completed the questionnaire, giving a response of 100%. The majority of respondents were female 64%, about 16.4% had spent 5-9 years in service. Also, majority of the study participants were between 30-39 age group (Figure 1 and Figure 2).

Figure 1. Gender of the study participants. 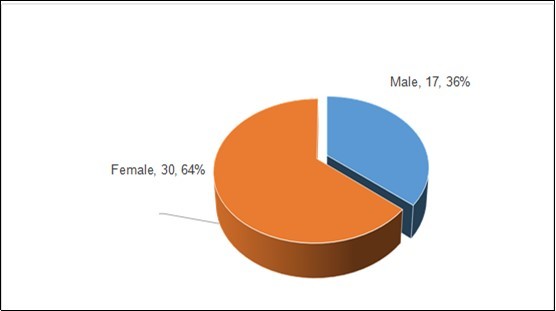 Figure 2. Years in Service of respondents. 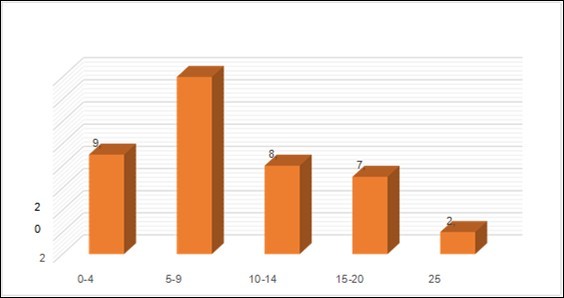 Table 1. Level of Awareness of Personal Protective Equipment (Ppe) by Respondents
• * Significance is at 5% i.e. 0.05

Accessing awareness based on relationship between socio-demographic characteristics of the respondents and awareness level revealed no significant relationship between respondent socio- demographic characteristics and the level of awareness, male gender had 23.4% awareness while females had 48.9% with p-value of 0.5, Age with p-value of 0.92, and Years in service with p- value of 0.85. However, there was significantly associated between education status and awareness level of the respondents with p- value of 0.02 as shown in Table 2.

Table 2. Relatioship Between the Socio-Demographic Charcteristics of The Respondent’s and Respondent’s Awareness Level
• * Significance is at 5% i.e. 0.05

This study was done to determine the awareness level and benefit of Personal Protective Equipments (PPEs) among workers in Tertiary health centre in Ibadan, Nigeria. All laboratory workers were aware of PPEs with 77.3%, 72.9%, and 72.7% gave a positive response on the benefit of goggle when processing secretion samples, removal of gloves after sample processing, and hand washing after removal of gloves respectively. Also, the removal of laboratory coat after the laboratory bench work cannot be used to measure awareness level of laboratory workers on knowledge and usage of PPE.

Our finding was inconsonance with the finding by Michelsen et al. on awareness level of glove usage among laboratory workers was 94%, another similar study by Ignatius et al. reported 75% practice hand washing after removal of gloves 12, 13.

The results obtained in this established that laboratory workers of health Centre in Ibadan should be aware of benefits of PPE, and have access to safety boots, gloves, apron, safety goggles, face mask, and respirator (N- 95), if appropriate when on duty to minimize exposure to Healthcare associated infections and laboratory hazards.

Limitation of The Study

This is a descriptive Cross- sectional study as the participants are drawn from medical laboratory. The study did not explore other factors such as type of specimen handle, and accessibility of PPE to laboratory workers.

We thank all the laboratory staff who participated in this study, who gave permission and support during enrollment. We appreciate the support of the head of the department of of Medical Microbiology and Parasitology, University College of Hospital, Ibadan.